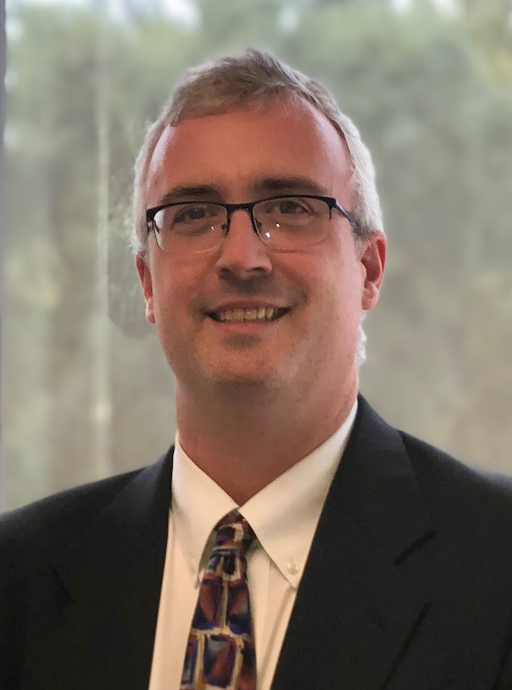 As the chief technology officer, Saul Morse is responsible for the overall alignment of technology solutions to serve the College’sstrategic needs and serve the needs across all constituencies. His efforts also include leveraging technology as a strategic differentiator to enhance the College’s culture, mission, and strategies, particularly in the following areas: the student experience, analytics, and technical and operational excellence, as well as teaching and learning.
Morse brings deep experience in leading, building, and championing information resources teams, enhancing technology operations, and providing customer engagement to his role.
Prior to joining Excelsior College in April 2019, Morse was a Salesforce engagement consultant, CIO, and CEO since 2017. From2014 to 2017, he was the chief information officer for the New York State Energy Research and Development Authority (NYSERDA), where he led technology during the launch of the Clean Energy Fund, a 10-year, $5 billion initiative designed to reshape the state’s energy efficiency, clean energy, and energy innovation programs. Prior to that position, he was senior vice president for customer engagement at Palio+Ignite in Saratoga Springs, N.Y., from 2012 to 2014.
Morse was director of information resources management at Arizona StateUniversity Foundation, Tempe, Ariz., from 2010 to2012. In that position, he provided leadership to enterprise applications, reporting, systems, and technical training teams for one of the largest higher education foundations in the United States. Prior joining ASU, he worked for McMurry Inc., from 2003to 2010, in positions of increasing responsibility, serving as director of information technology at McMurry Inc./Redspring in Saratoga from 2003 to2006, chief information officer for McMurry Inc., Phoenix, from 2006 to 2009, and chief operations officer, interactive agency, in Phoenix, from 2009 to 2010 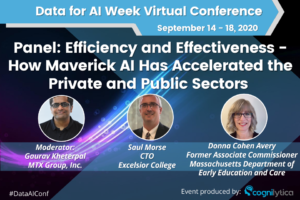 It is essential for both public entities and private businesses to prioritize efficiency and effectiveness in their work. This has become even more important in the COVID-19 era, where organizations are faced with stretched budgets and a changing workforce landscape. In this session, learn how the Maverick AI platform has been essential in achieving success for both public and private sector clients, and what the public and private sectors are thinking about as they consider implementing AI.