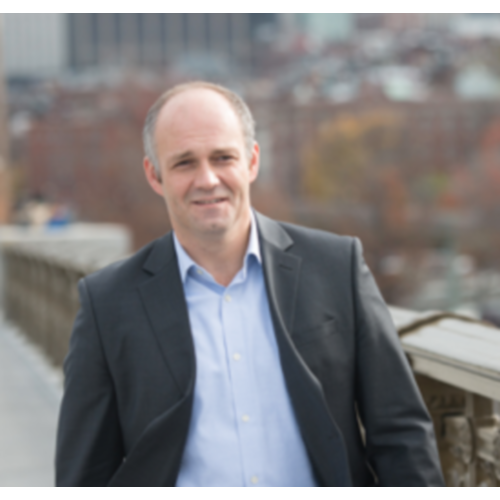 Luis Perez-Breva, PhD (http://linkedin.com/in/lpbreva) is an innovator, entrepreneur, educator and the author of Innovating: A Doer’s Manifesto (http://amzn.com/0262035359 The MIT Press, 2017). He is an expert in technology innovation, venture labs, taking deep tech to impact, and applying artificial intelligence to solve real-world problems. As a serial innovator and entrepreneur Dr. Perez-Breva is drawn to “impossible” projects in which he gets to apply artificial intelligence to address problems that matter. He has enjoyed success with inventions and new companies in cell phone location, security, telecom, an automated investment fund, finance, and genetics to name some. Chiefly among them is the AI-based system to locate 911 calls in case of emergency currently deployed in over 120 networks worldwide. He has also helped develop several non-profit organizations, including a new model of university centered on innovation.

Currently, Luis is based in the MIT School of Engineering and is Faculty Director of Innovation Teams (iTeams http://iteams.mit.edu), its flagship joint enterprise with MIT Sloan to put the Institute’s deep tech advances to work to solve real-world problems. Luis’s work and teaching on innovation is a natural extension of his approach to solve problems with AI. Through iTeams, he has helped nearly 200 MIT technologies find a path to impact leading to the formation of some 40 new, enduring deep tech companies across all industries from mining to telecommunications. Luis has taught innovating as a skill worldwide in academia and industry to professionals and students from all discipline and has further adapted the process to build true innovating factories in venture capital and in corporations.

Luis’ work on Innovation and on AI has been featured by the Wall Street Journal, Bloomberg News, BBC, Wharton Business Radio, Entrepreneur, Zdnet, Quartz and several other national and international media. Currently, Luis is developing a technology repurposing fund to rescue, recycle, and, in essence, turn around technologies analogous to how private equity seeks to turn around companies.

Dr. Perez-Breva holds a PhD in artificial intelligence from MIT and degrees in chemical engineering, physics, and business from leading universities in Spain (Institut Quimic de Sarrià), France (Ecole Normale Supérieure), and the United States (MIT).  In 2011, the Spanish government recognized his career achievements by awarding him the Order of Civil Merit of the Kingdom of Spain. 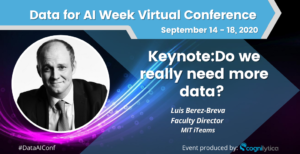 Once upon a time working on artificial intelligence or machine learning meant constantly yearning for data and struggling to find cool problems to work on for which there was some. Now data’s aplenty but that old longing for data seems to have left a deep scar. Will more data by itself make the machine intelligent? What if making AI business-ready for you was altogether different than collecting data? What if it had to do with the (business) questions you ask? That sounds like a conversation worth starting.