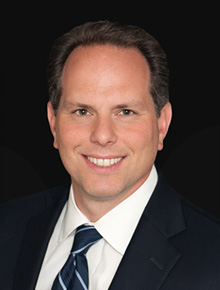 Jeremy Bash is a founder and managing director of Beacon Global Strategies, a strategic advisory firm in Washington, D.C. Mr. Bash has spent the past 20 years advising national leaders and chief executives on a range of strategic, management, legal, and policy issues. His clients include America’s leading companies in the areas of tech, defense, finance, security, and aerospace. In addition, Mr. Bash is a recognized expert on national security affairs, serving as National Security Analyst for NBC News. He served as Chief of Staff in two national security departments or agencies: first as Chief of Staff to the Director of the CIA (2009-2011) and as Chief of Staff to the Secretary of Defense (2011-2013). From 2004-2008, Mr. Bash served in a variety of roles on Capitol Hill, including Chief Counsel to the House Permanent SelectCommittee on Intelligence and as a senior national security advisor to Congresswoman Jane Harman. Mr. Bash graduated from Georgetown University and earned his law degree from Harvard Law School, where he graduated cum laude and was an editor of the Harvard LawReview. 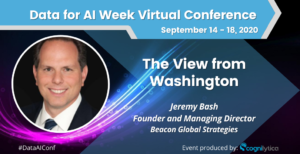 The View from Washington

AI has fast emerged as a top issue for policymakers at the highest levels of government in Washington, DC. Jeremy Bash will discuss macro trends affecting AI in the U.S.and why policymakers must strengthen domestic AI capabilities, ensure that trust and bias prevention are enshrined in AI platforms, and inspire the next generation of AI engineers.